Like so many of you, I am still processing the horrifying and deadly January 6 attack on the U.S. Capitol, while also looking ahead with concern to the week when our country inaugurates a new president and vice president. But in this in-between space, I have taken time to consider what it means. While the Bainum Family Foundation has joined with other funders in a statement condemning these actions, we also felt it was necessary to share some reflections independent of that.

The recent attack produced a frequent outcry: “This is not who we are.” I disagree. The reality is that the violent and unlawful actions of the angry mob in Washington, D.C., illuminate exactly who we are and reinforce what we already know: Our country has a white-supremacy problem. One that is deep and unrelenting and goes back to the very founding of our nation. One that has revealed itself over and over again this past year through:

We can’t fix the problem until we acknowledge it. And until we commit to decisive, sustained action to remedy it. As we saw, too many of our fellow citizens and elected officials are willing to sacrifice democracy for power, control and a status quo that clearly benefits them. That’s why January 20 is not a panacea. While we are encouraged by the plans and aspirations of the new administration, hundreds of years of white supremacy and systemic racism will not go away simply because we have a new occupant in the White House or a new mix of members in Congress. These problems are deeply embedded in our systems ― from education to housing, from employment to law enforcement, from the environment to economics. These systems have, very intentionally over the course of our country’s existence, created long-standing inequities in our society and excluded many people and communities from opportunity.

We also have heard many calls for unity since the November election, to put our differences aside and eliminate the “divisiveness.” Again, I disagree. Not on the concept of unity but on sweeping problems under the rug to create the illusion of unity. On appeasing rather than confronting those who attempted to harm our democracy and disenfranchise many of our citizens. On asking those who have been historically brutalized and marginalized to make peace with their oppressors. Appeasing white supremacist culture has not worked throughout our nation’s history, and it will not work now. Instead, we must urgently and diligently root out and eradicate systemic racism. We need justice before we can achieve unity.

Philanthropy must play a central role in this work, given both our historic role in creating and perpetuating inequities and the privilege and power we hold. Too often we say nothing out of fear of saying the wrong thing or fear of disrupting our own comfort. And that makes us complicit.

I promise this: The Bainum Family Foundation is committed to becoming an anti-racist organization and to centering racial equity in our work. We ― our Board of Directors and staff ― resolve to do our part to change our broken systems and hold leaders accountable. We don’t have all the answers, but we continue to have hope. We know that, together, our efforts can move us toward the ideal of true democracy, equity and justice. 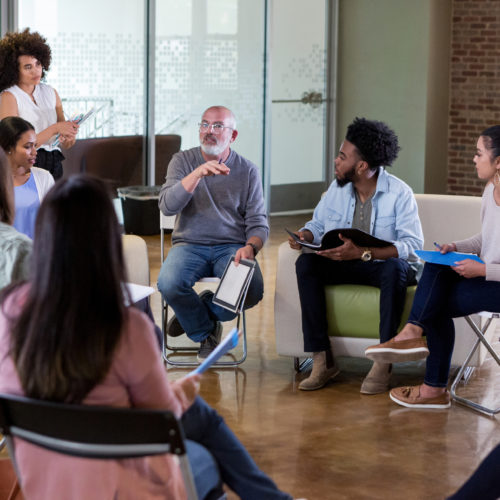 We Stand With Our Community to Confront Racial ...